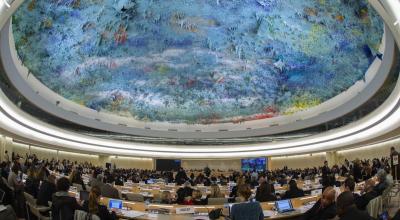 On February 12, 2020, the U.N. High Commissioner for Human Rights published a list of companies doing business in illegal Israeli settlements in the occupied Palestinian territory. The annual publication of such a list was mandated by U.N. Human Rights Council Resolution 31/36 of March 2016, which reaffirmed the illegality of Israeli settlements and identified the settlements and the impunity they enjoy as the root cause of many violations of Palestinian human rights. The resolution called on states to prevent their companies from contributing to gross human rights abuses of Palestinians and to provide guidance to businesses on the financial, reputational, and legal risks for corporate involvement in such abuses.

The U.N. list is a tool for transparency and accountability, in a place where no other tools are available—one that can later be used in more conflict zones around the world. This is probably why its publication was delayed by almost three years. At some point, the publication was reported to have been postponed “indefinitely” due to pressure from the U.S. and Israeli governments. During these three years, the list itself was truncated, with some glaring omissions of multinational corporations--omissions that might also be attributed to political compromise.

Still, this is a milestone for so many of us, who have been painstakingly collecting this data on the ground for many years. Most corporate responsibility watchdogs and analysts brush aside the abuses of Palestinian human rights, signaling special impunity for companies in that part of the world. Will they ignore the U.N. explicit mention of such companies? Can we make them take notice?

Along with other civil society organizations, we responded to a public call for submissions and sent in our recommendations to this report back in 2016. According to the published report, the submissions contributed 321 companies, and after review and correspondence with the companies themselves, the list was cut down to 112 companies. The publication includes Israeli banks, utilities, and cell phone companies, international travel companies Airbnb, Booking.com, Expedia, and TripAdvisor, real estate franchise network Re/Max, the communications and surveillance company Motorola Solutions, and food giant General Mills.

However, the published U.N. list is surprisingly incomplete. Most glaringly, it omits some high-profile companies with confirmed, ongoing, and significant involvement in the exact activities it purports to cover. For example:

What can you do about it?

Contact these companies as a consumer, an investor, a business partner, or a member of the community, and ask them to step away from all such harmful business activities. Join campaigns to build leverage on these companies and on institutions that partner with them. Join initiatives that support the ongoing annual publication of this resource by the U.N., in the face of immense political pressure to conceal these data.

For in-depth profiles of the publicly traded companies on the list, consult our online resource Investigate. Use it to scan your own investments or mutual funds for companies involved in the Israeli occupation, and use our divestment criteria and recommendations to divest from the worst of the worst.

The following is the complete list of 112 companies that U.N. OHCHR published in February 2020. The original order and spelling of company names are as in the original U.N. report. Publicly-traded companies and their subsidiaries or parent companies are linked to the corresponding company profile on Investigate. For companies that are not publicly-traded, information may be available at WhoProfits.org.

If you need help with this information or want to receive it as a spreadsheet, please contact us.