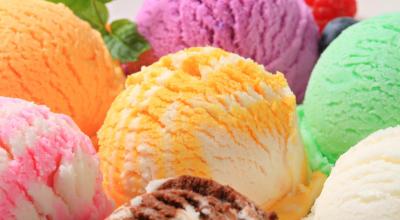 The biggest Palestine-related economic activism news of 2021 was the announcement by Ben & Jerry’s that the company would no longer sell its products in the occupied Palestinian territory. The campaign calling on Ben & Jerry's to stop selling its products in illegal Israeli settlements started in 2011 and was led by Vermonters for Justice in Palestine. The company's announcement created unprecedented ripple effects in the U.S. Unfortunately, instead of celebrating a brand that takes human rights seriously, several U.S. states have used their “anti-BDS” laws to punish Ben and Jerry’s and its parent company Unilever.

Under the radar, more and more companies keep stepping away from their unlawful and highly-controversial business in the occupied Palestinian territory: both Avgol Industries (owned by Thai company Indorama Ventures), and Energix Renewable Energy divested this year from their illegal settlement activities in the occupied West Bank. Both were included in the 2020 U.N. database of companies doing business in illegal Israeli settlements and both.

Within the U.S., there were plenty more such unsung victories. CenturyLink, the telecommunication giant that dabbled in the highly-exploitative prison phone business, rebranded as Lumen Technologies and finished quietly selling off all its prison contracts. The company did not make any public statements about its divestment, demonstrating perhaps the reputational risk of drawing attention to its former role in this industry. Following Lumen’s divestment, almost the entire prison phone industry is in the hands of a few private equity firms, with no publicly-traded companies involved.

When companies decide to step away from harmful business activities, they often do so quietly. This is why we learned almost a year after the fact that the giant conglomerate 3M sold its military subsidiary Ceradyne, which makes armored products for military use around the world. This followed 3M’s decision to sell off its electronic monitoring business in 2017. 3M is still heavily involved in prison labor in the U.S.

Also during 2021, investor and activist pressure has started bearing fruit with companies such as Microsoft, which agreed to an independent human rights review of its surveillance contracts with police, Immigration and Custons Enforcement (ICE), and prisons. The company’s action follows the June filing of a shareholder proposal which asked Microsoft’s Board of Directors to commission a third-party report to evaluate how effectively the company implements its Human Rights Statement in products, contracts, and business relationships with government agencies. This comes after 2020 saw multiple high-tech giants such as Amazon and IBM limit the use of their facial recognition technologies by law and immigration enforcemet agencies.

In another surveillance-related win, Equifax, one of the three major U.S. credit reporting agencies, stopped sharing people's utility and telecommunication payment information with ICE. Equifax receives and aggregates data from the largest utility and telecom companies about their customers in order to help them locate people with missed payments. But Equifax was also selling these data to Thomson Reuters, which repackages it and sells it to ICE and other law enforcement agencies. In October, the utility companies directed Equifax to stop selling their information to third parties like Thomson Reuters. Unfortunately, Thomson Reuters still holds its existing data and is still providing it to ICE and other law enforcement agencies.