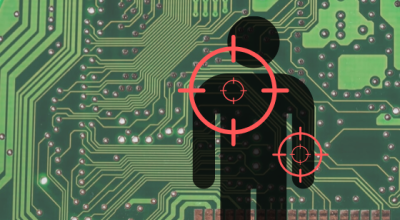 The world we live in has been transformed by the internet, social media, big data, and artificial intelligence. These technologies have enriched our lives, but they can easily be used for mass surveillance and repression. We must demand from governments and high-tech companies to guard our basic freedoms.

High-tech giants Microsoft, IBM, and Cisco Systems have recently been exposed for their direct cooperation with governments on projects that restrict freedoms and violate human rights. All three companies boast about their human rights policies and ethical standards. We ask them to implement their own standards and immediately step away from their complicity in these projects.

Microsoft has invested millions of dollars in a facial recognition startup that put the Palestinian population, which is subject to military occupation, under constant surveillance. This violates international law and Microsoft’s own ethical principles. Microsoft is also a major provider of IT services for Immigration and Customs Enforcement (ICE).

IBM previously designed a system to automate parts of ICE’s deportation machine and is the second-largest contractor of U.S. Customs and Border Protection (CBP) over the last 15 years. IBM also operates the Israeli population registry, which records residents’ ethnic and religious identity, enabling systemic discrimination against Palestinian citizens of Israel in aspects of their daily life. Moreover, IBM subsidiary Red Hat is part of a major project designed to increase the Israeli military’s lethality and effectiveness.

Cisco Systems, a networking hardware company, has a large-scale project with the Israeli government. As exposed by Who Profits, that project is partially implemented in Israeli colony settlements in the occupied West Bank and Golan Heights. Despite recent declarations by the Trump administration, these settlements are illegal under international law.

This trend is not new. Fifty years ago, our predecessor AFSC project, the National Action/Research on the Military-Industrial Complex (NARMIC), identified the top high-tech companies of the time, including IBM and Motorola, as makers of weapon components and top contractors for the U.S. Department of Defense. In 1982, NARMIC’s publication Automating Apartheid showed how high-tech companies like 3M, Hewlett-Packard, IBM, and Motorola have violated the arms embargo on South Africa and supplied “the Brains” for the Apartheid regime.