The ground is shaking under the prison and detention industry 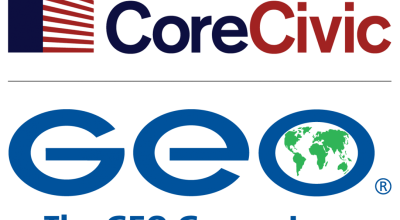 In a remarkable development, almost all major U.S. banks have announced they would stop financing companies that run private prisons and immigration detention centers, particularly the two companies that dominate this industry, CoreCivic and GEO Group. The first banks to do so were JPMorgan Chase and Wells Fargo, back in March, followed by Bank of America in June. Then in July, within a few days from one another, SunTrust, BNP Paribas, and Fifth Third Bancorp made similar declarations, followed by PNC Financial Services in August.

This is a big deal. Because of their corporate structure, both CoreCivic and GEO Group cannot expand their business without bank credit. GEO Group admitted to its shareholders that these bank decisions, as well as “increased public resistance” to private prisons, are bad for its business.

The banks’ declarations all refer to future loans, while they continue to honor their existing financial obligations to the prison companies, at least until 2023-2024. The banks remain involved in this industry, and we will keep them on our database, until these revolving lines of credit expire. In addition, none of the banks addressed their ongoing investments in stocks and bonds of prison and detention companies. We will keep updating new information as it becomes available on our private prison financing page.

Still, this is a major victory, which marks a long fought-for new standard of behavior in the financial industry. It offers a way to curb the growth of the prison industry. It also shifts attention to other financial institutions that are yet to withdraw from this harmful industry, including Barclays Bank, Citizens Bank, Regions Bank, and U.S. Bancorp. Learn more by listening to this interview on the significance of the banks’ decision.

As an investor or client, either individual or institutional, we can help keep these banks accountable. Reach out to them and other financial institutions, and ask them to withdraw from the prison and immigration detention industries.